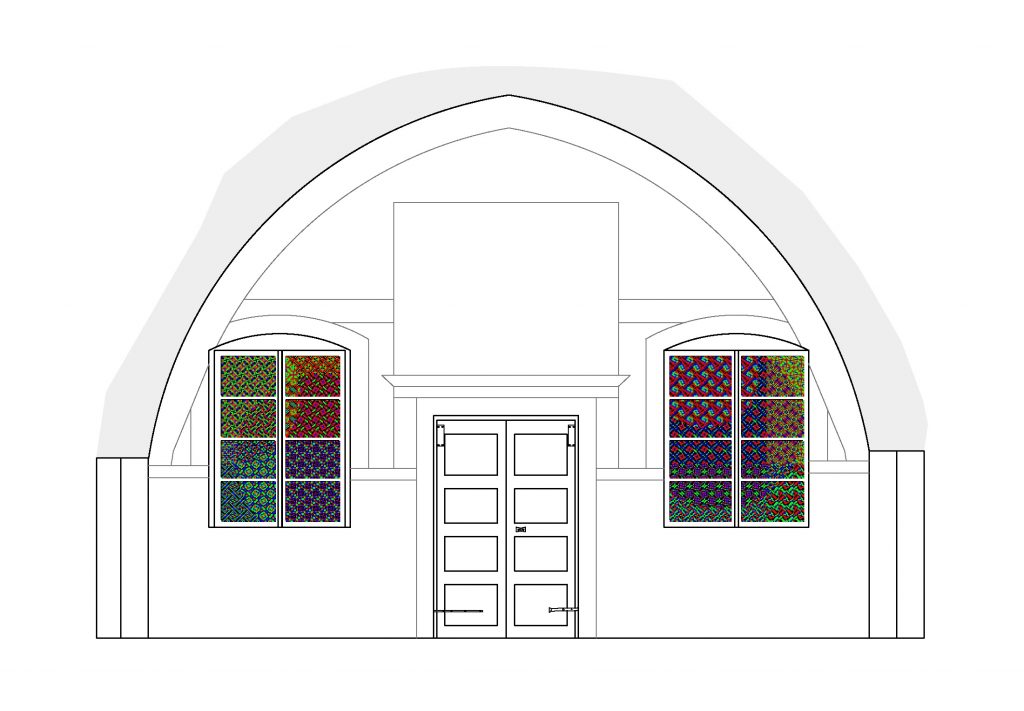 Mark Barrow and Sarah Parke are the winners of the 40th edition of Premio Matteo Olivero, Remembering Memory.

The project has been unanimously chosen by an international jury formed by:

Stefano Raimondi, founder and Director of The Blank Contemporary Art

Eva Fabbris, curator and art historian living in Milan. Since 2016 she is part of the department of research and curatorship of Fondazione Prada

Leah Pires, curator and writer living in New York. She is Fellow at the Whitney Independent Study Program

because of the poetical way it deals with the memory topic in a dual, ephemeral and persistent way, the scenic presence obtained by a minimal and synthetic approach, the study of the space where it is inserted and for its ability to evoke and renew significant pathways, methodologies and artworks from the History of Art, melting together different temporalities.

The artistic duo, partners in work and life, prevailed among over 336 projects received. An extraordinary number in terms of candidates but of minor relevance if compared to the quality of the participants which demonstrates how the turn of the Award, now finalized to the realization of a solo show into the prestigious Cappella Cavassa (Saluzzo, CN), has been perceived and appreciated by the artists community, both nationally and internationally.

Projects have been presented by artists from over 20 countries. Amongst them, projects have come from Italy, Belgium, France, Germany, Greece, Israel, Russia, Spain, UK, Ukraine, United States.

The new form of the Premio, strongly desired by the curator Stefano Raimondi, has been immediately supported by Comune di Saluzzo, Fondazione Amleto Bertoni and the project coordinators Paolo Infossi and Roberto Giordana.

In Mark Barrow and Sarah Parke’s project, memory is intended as the passing of time defined by the circular movement of light from window to window, referring to the rising and setting of the Sun. The project summarises this flow creating compositions using different and repeated patterns made of red, green, blue and black squares. The project, generated pixel by pixel, measures time gradually.

This website uses cookies to improve your experience while you navigate through the website. Out of these cookies, the cookies that are categorized as necessary are stored on your browser as they are essential for the working of basic functionalities of the website. We also use third-party cookies that help us analyze and understand how you use this website. These cookies will be stored in your browser only with your consent. You also have the option to opt-out of these cookies. But opting out of some of these cookies may have an effect on your browsing experience.
Necessary Always Enabled
Necessary cookies are absolutely essential for the website to function properly. This category only includes cookies that ensures basic functionalities and security features of the website. These cookies do not store any personal information.
Non-necessary
Any cookies that may not be particularly necessary for the website to function and is used specifically to collect user personal data via analytics, ads, other embedded contents are termed as non-necessary cookies. It is mandatory to procure user consent prior to running these cookies on your website.
SAVE & ACCEPT
[Luglio eventi] [3 2015 07 porta locus 05 davide bertocchi 28 zobernig 03 santalessandro 24 heimo contemporary] [Daybergamo 2 rebirth] [Contact] [gaetanomusto.com] [Home] [Jesolo 34 l mediterraneo medaglie del di ai per campionati italia] [Del center buone i podisti a vacanze tutti torino club running] [Foot giornata di a tassarolo grande golf] [About] [paolofaccini.com] [Contact] [Notizie pentola la scoperchiamo daily sushi] [Casa a internazionali notizie abruzzo inaugurata la milano eventi vetrina della regione] [Camminata righe dieci a torino enogastronomica notizie] [Sport category tempo e libero sport di svago] [Donna moda abbigliamento accessori category abbigliamento moda donna donna moda moda] [Leggero videogiochi 2022 super aerox 68g design 3 onyx wireless mouse da steelseries 28567 gaming] [Di compleanno runningsportnews undicesimo] [Pattuglia center club nutrita hipporun del seconda alla running torino] [Maratona metafora come della vita nel di la alan libro sillitoe] [In a rischio democrazia tunisia] [Corpo forestale] [Firenze a ai in weiwei mostra] [4d torino a edizione ore hilpert 24 jens della di la] [Alla per pioggia ottima seconda tanta edizione organizzazione lugi cross e del] [Foggia trascinano il di alla fila testa vittorie classifica in tre]