Home » THEOGONY ACCORDING TO RON GORCHOV 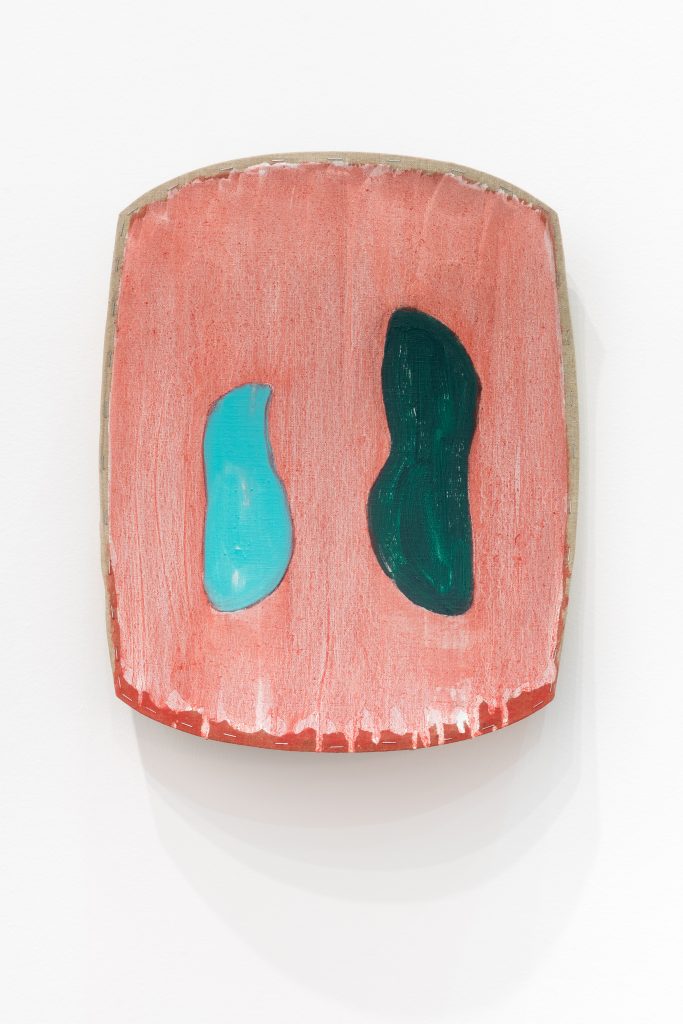 Thomas Brambilla Gallery is proud to present “Theogony according to Ron Gorchov”, the second solo show of Ron Gorchov at the gallery. The exhibition presents a series of brand new paintings inspired by Hesiod’s Theogony, the first known Greek poem discribing the origins and genealogies of Greek gods and the rise of Zeus.
Throughout the 20th and 21st centuries, artists have consistently refered to ancient myths; from Picasso’s Minotaur to Louise Bourgeois’ sculpture of the Oedipus myth, constructed in 2003 from scraps of pink fabric, to conceptual artist Chris Burden’s 1973 performance of the Icarus myth, to the recent exhibition of myth-suffused works by Damien Hirst in 2017. Ancient mythology is therefore a lively presence in Contemporary Art. But myth is, and perhaps always was, more than a visual storybook, a trove of tales to be illustrated over and over. The stories of passion, ambition, greed, and human suffering in ancient mythologies represent Humankind’s attempts to understand the curious and the inexplicable, from astronomy to man’s humanity and the meaning of life and death.
Gorchov has always been inspired and fascinated by Greek mythology and philosophy, so much that we find an innumerable series of references in his poetics and practice, starting from the artworks’ titles to the biomorphic shapes of the paintings. Moved by Protagoras’ philosophy, according to which the Man is the measure of everything, Gorchov replaced the traditional canvas to a saddle-like surface resembling a living organism, on which the twofold brush strokes remind us of a human bust.
As the Greeks conceived stories of Gods created in the image of human beings in order to understand Mankind and life, Gorchov reworks the classical myths, taking inspiration from the struggles of heroes -both triumphant and tragic- gods, monsters and fate, and reinterpreting them according to present-day ideas or anxieties.
Each of the paintings included in the show Theogony according to Ron Gorchov is dedicated to the main gods of Hesiod’s poem and, as a star map, it allows us to retrace the full gods’ entire genealogies and legends. The colossal Zeus stands alone and victorious after overthrowing Cronus and his fellow Titans, here represented as a myriad of small paintings, finally becoming the ruler of the cosmos.
Theogony according to Ron Gorchov is also a symbol of his long and historic artistic career: as gods enclose the concept of infinity within themselves, his artistic practice will surely remain in the History of Art.