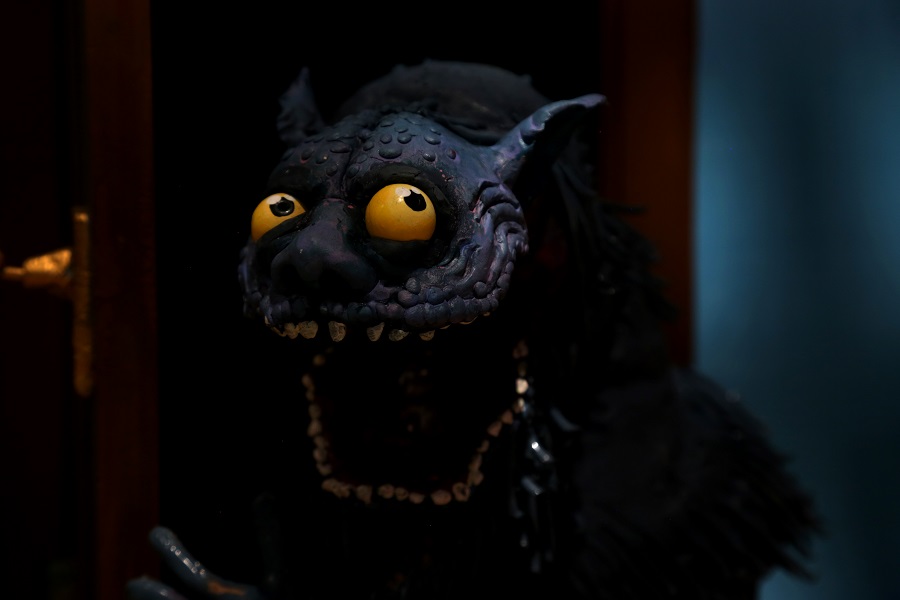 The section of BFM37 dedicated to the contaminations between cinema and contemporary art will offered a close-up look on the work of Nathalie Djurberg and Hans Berg, a Swedish duo awarded with the Leone d’Argento at Venice Biennale in 2009, for the first time in Bergamo.

The exhibition, curated by Stefano Raimondi and Claudia Santeroni, shows the artists’ fantastic worlds in the Sixteenth-century spaces of Porta Sant’Agostino.

The partnership between Nathalie Djurberg and Hans Berg began in 2004; their work is presented in large immersive installations, bizarre landscapes populated by people, animals and plants portraying the impulses and contradictions of the human soul.
Playing with the historical meaning of Porta Sant’Agostino as a transit point, the exhibition develops around a large projection and, at the same time, shows the sculptural research carried out by the artists.

Nathalie Djurberg and Hans Berg will meet the festival audience on Saturday March 9, 3:30PM at Cinema San Marco. During the event, a selection of video works will be available, allowing visitors to learn, through the words of the protagonists, the main implications related to their work.

The exhibition is promoted by the City of Bergamo and is organized by Associazione The Blank, Bergamo Film Meeting and Lab 80 film.
In collaboration with Giò Marconi (Milan) and with technical contribution of Dielle Ceramiche and the partnership with La Torre tappeti.

Nathalie Djurberg (Lysekil, Sweden – 1978) and Hans Berg (Rättvik, Sweden – 1978) live and work in Berlin. In 2009, they participated in the 53rd Venice Biennale “Fare Mondi”, winning the Silver Lion. Their works were at the centre of solo exhibitions in the most important artistic institutions, including the Moderna Museet in Stockholm, the Kunsthalle in Frankfurt, the MART in Trento and Rovereto, the Tate Britain in London, the PICA in Perth, the Moscow Garage and the Walker Art Center of Minneapolis. Their works can also be found in public collections such as: Hammer Museum, Los Angeles; Kunsthaus Zuerich, Zurich; Malmö Konstmuseum, Malmö; Moderna Museet, Stockholm; MoMA – Museum of Modern Art, New York; Gallery of Modern Art, Brisbane; Borås Konstmuseum, Borås; Solomon R. Guggenheim Museum, New York.