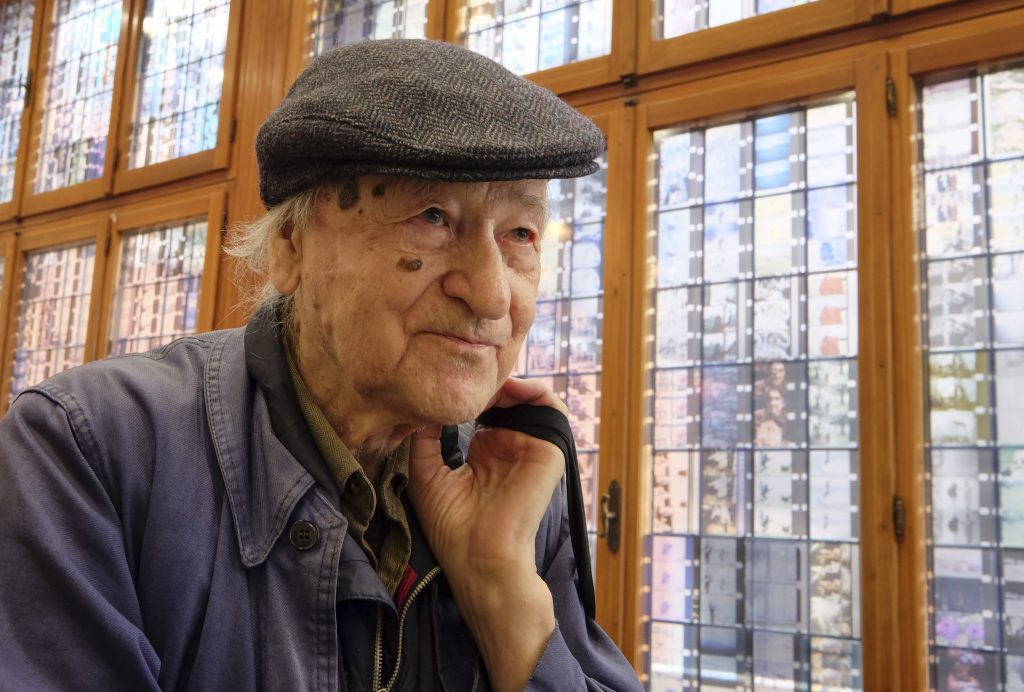 On the occasion of the 36th edition of the Festival, The Blank and Bergamo Film Meeting dedicate the section “Incontri: Cinema e Arte Contemporanea” to Jonas Mekas (Lithuania, 1922), poet, artist and director, founder of the New American Cinema Group and creator of the Anthology Film Archive.
The artist will be the protagonist of “Jonas Mekas – Personale“, promoted by the City of Bergamo and organized by The Blank and Bergamo Film Meeting.
Sebastian Mekas, son of Jonas, will meet the audience of the Festival at Cinema San Marco on Saturday 10th March at 3.30 pm after the projection of “Outtakes” (2012) and the documentary film “The Internet Saga, Jonas Mekas” (2015) and will bring a special message from Jonas.

The exhibition “Jonas Mekas – Personale”, curated by Stefano Raimondi and Claudia Santeroni, sees the transformation of the exhibition environment into a place where, thanks to an engaging set-up, some of the artist’s most significant films coexist with images of a more cinematic nature.

“Jonas Mekas – Personale” is realized in the renovated venue of Palazzo della Ragione: the exhibition compares itself with the historical building and exploits its new exhibition possibilities, specially designed for this place.

The exhibition aims to present the complexity of the means of expression chosen by Jonas Mekas, a versatile artist with eclectic interests. The double screening of the video “Seasons” (2017) dominates the room: a video composed of fragments of his entire cinematographic production.
The frames taken from the artist’s video works, impressed on the glass plates, belong to the series “In an Instant It All Came Back to me”, while the photographs of “Birth of a Nation” are extracts from his famous 1997 film of the same name. The photographic section is completed by “To New York with Love”, the series of images dedicated to the city that has been the stage of Mekas’ work.

“Jonas Mekas – Personale” is permeated by a track composed by the artist, which acts as a background to the entire exhibition: the musical aspect has been maintained in relation to the artist’s history, that reminds how the singing has always been part of his life since his childhood. To conclude the exhibition, an island dedicated to the publications by Mekas, freely available to the public to offer a unique opportunity to enter the artist’s collection, including “My Night Life” where the artist, faithful to his biographical style, narrates his dreams made between 1978 and 1979, asking his friend Auguste to illustrate them.

“Jonas Mekas – Personale” is promoted by the City of Bergamo, Bergamo Film Meeting and The Blank and it is made possible thanks to the indispensable support of A Palazzo Gallery (Brescia), Francesco Urbano Ragazzi and Studio Luca Bombassei.