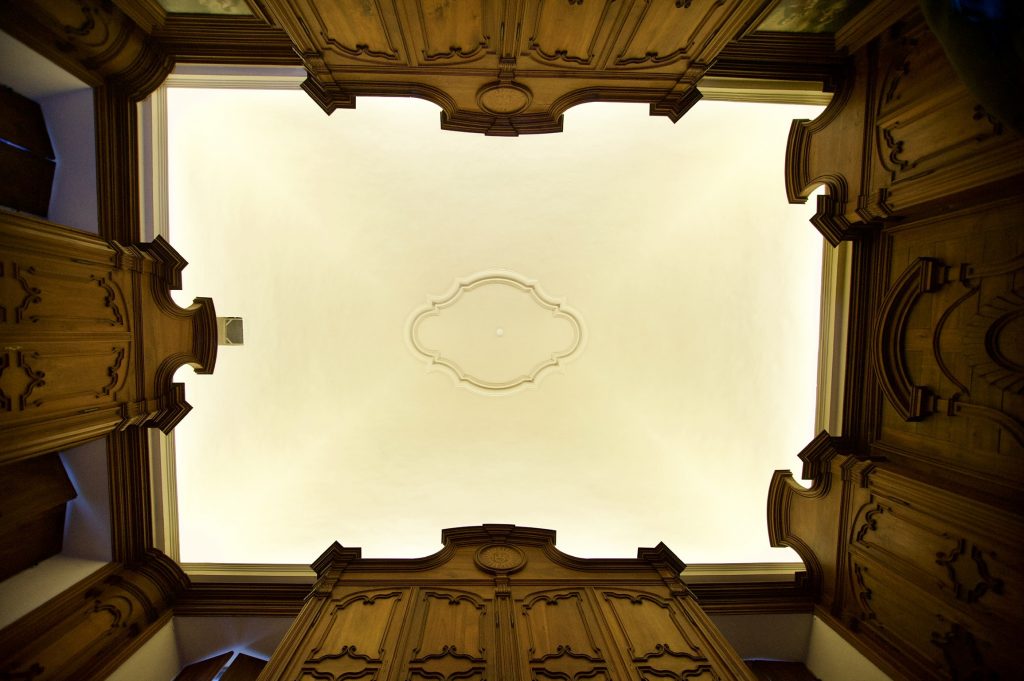 Premio Matteo Olivero
The Prize is dedicated to Matteo Olivero, divisionist italian painter born in Portorotondo di Ac- ceglio, a small town in the Cuneo province which he portrays in many of his paintings. he par- ticipated in the Divisionism’s main events, exhibiting his artworks in Paris, Venice Biennial and Bruxelles. The Prize defines itself as a relevant event in the context of start/saluzzo (organized by Fondazione Amleto Bertoni and Municipality of Saluzzo), which goal is to enhance the territory through art and artists. The artistic direction of Start is entrusted to STI – Jobonobo, which makes use of the collaboration of The Blank Contemporary Art for curating and the artistic direction of the Matteo Olivero Award.
Mark Barrow and Sarah Parke won the 40th edition of the Premio Matteo Olivero. The project has been chosen by an international jury formed by Stefano Raimondi, curator of the project, Eva Fabbris (writer, art historian and curator at Fondazione Prada), and Leah Pires (curator, writer and Fellow at the Whitney Independent Study Program).

41th edition of Premio Matteo Olivero
Fondazione Amleto Bertoni, together with The Blank Contemporary Art and the coordinators of the project Paolo Infossi and Roberto Giordana, presents the 41th edition of Premio Matteo Olivero.
The Prize is exclusively on an invitation basis: artists are selected by international advisors cho- sen by the organizers. The best entry will be selected by the Jury, lead by Stefano Raimondi, cura- tor of the project and consisting of Chrissie Iles, Anne and Joel Ehrenkranz Curator of the Whitney Museum of American Art, New York, Nicola Ricciardi, artistic Director of the OGR, Turin and of members from the Fondazio- ne Amleto Bertoni and the city council of Saluzzo.
Selected artists are invited to design an exhibition on the topic of the Origin.
The winner will realize his/her project at the Sacristy of the Church of Sant’Ignazio, in Saluzzo (Piedmont, Italy). The opening is April 26, 2019.

Theme
The theme of the 41th edition of the Prize is “Origin”.
Origin intended as something at the beginning of something else, matrix, mould, opposite of copy, etc. The theme is inspired by the general theme of start/saluzzo, which this year is “Character”, a common but distinctive trait, which refers to an uniqueness in constant evolution, but respecting tradition.

Organization and curatorship
Stefano Raimondi curates the 41th edition of the Premio Matteo Olivero. The organization has been entrusted to The Blank Contemporary Art by Fondazione Amleto Bertoni.