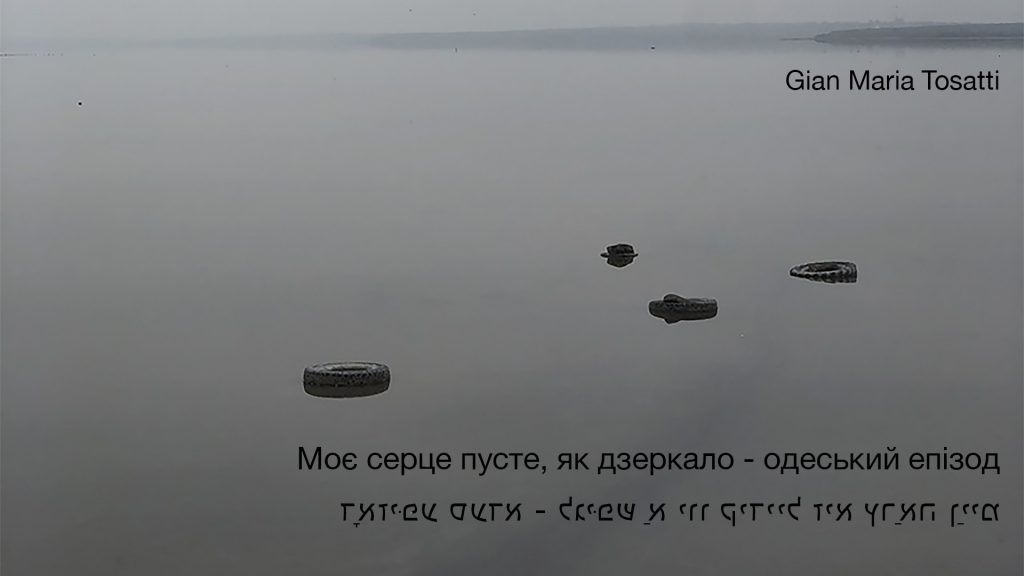 The Blank Contemporary Art is pleased to be among the winners of Italian Council (7. Edition, 2019), a program that promotes Italian contemporary art in the world of Direzione Generale Creatività Contemporanea of the Ministry of Cultural Heritage, Activities and Tourism.

The Ministry awarded the project by the artist Gian Maria Tosatti Diptych of the Trauma. Its aims is to show the controversial aspects of certain European contexts, creating “portraits” of society without personal political positions or arbitrary convictions. Specifically, the artist will investigate the panoramas offered by Ukraine (Odesa Episode) and Turkey (Istanbul Episode), two emblematic places in contemporary Europe, two areas where traumas has strongly altered the territory, its culture and politic. These traumas will be examined from the intimate and human point of view of the citizen.

The artist will create two environmental installations, one for each area. The final restitution of the entire experience will take place in the city of Bergamo, in an exhibition that will contain the two “episodes”, which are to be understood as diptychs, but at the same time two components of the same work.
The project will be accompanied by the creation of a catalogue that will document the exhibitions and will include critical texts aimed at testifying from different perspectives the current state of our civilization and images documenting the interventions. The catalogue will be officially presented on the occasion of the restitution exhibition in Bergamo.

Gian Maria Tosatti (Roma, 1980) is an Italian visual artist.
His projects usually are long term investigations on specific topics related to the concept of identity, from political to the spiritual standpoint. His work consists mainly of large-scale site-specific installation is conceived for entire buildings or urban areas. His practice involves often the communities of the places where he works. In 2015 Art Review included him in their list of the 30 most interesting artists of his generation (Future Greats). In 2014 the international magazine Domus listed the installation My dreams, they’ll never surrender among the ten best shows in the world for that year. Tosatti is also a journalist. He’s columnist for Corriere della Sera and the magazine Opera Viva. He writes essays about art and politics.
His work has been shown at the Hessel Museum del CCS BARD (New York, 2014), the MADRE museum (Napoli, 2016), the Lower Manhattan Cultural Council (New York, 2011), the Galleria Nazionale (Roma, 2017), the Petah Tikva Museum of Art (Petah Tikva, 2017), the Museo Archeologico di Salerno (Salerno, 2014), American Academy in Rome (Roma, 2013), Museo Villa Croce (Genova, 2012), Palazzo delle Esposizioni (Roma, 2008), Chelsea Art Museum (New York, 2009), BJCEM (2014).