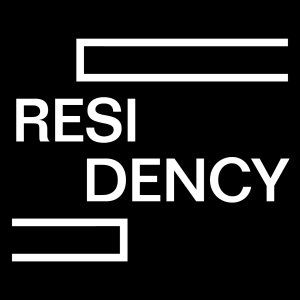 The purpose of the project is to give hospitality to Italian and international artists for a short/medium period and offer them accommodation and relations aimed to develop artistic researches both practical and theoretical. The residency is conceived as a meeting and work place where share ideas and experiences. The artists in residence will be asked to work on a project proposal which will be produced during their staying and to share it with The Blank. The project proposal will be presented at the conclusion of the residency during the Open Studio day.

Artists BIOS
Elida Brenna Linge (1982) is a Norwegian artist whose body of work spans installations, objects, drawings, artist books, photography and video. The last few years her practice has been rooted in her present location – the family farm in a fjord in western Norway. Her work is an ongoing investigation of structures, both physical and semantical, and aspects of control, intention and the lack thereof.
She received her MFA from The Bergen National Academy of the Arts (2010), in 2015 she finished a two year long cooperation with Andreas Siqueland, a residential art project located on the farm, with the exhibition Winterstudio/Hansplassen at KUBE, Ålesund. Other recent exhibitions include A Gust of Wind at DNA Art Space, London Ontario (CA) and SALE as a part of the Manifesta 10 parallel programme in St.Petersburg (RU). Her work is currently being screened by the Walter Phillips Gallery as a part of the Video Art @ The Banff Centre series.

Roberto Fassone (1986) makes works that explore and question the processes and the strategies regulating the production of contemporary artworks.
In 2012 he created sibi, an instructions generator for the production of potential artworks.
In 2014 he presented Jeg Er Enorme Jævler, a 90 minute movie in two parts and a performance.
He has exhibited and performed at Carroll/Fletcher, London, ZHdK, Zurich, MARS Gallery, Melbourne, MAMbo, Bologna among many others. He was part of the Jury Selection of the 17th Japan Media Arts Festival and he has been recently selected for the Live Work Performance Act Award in Fies (Dro, TN).